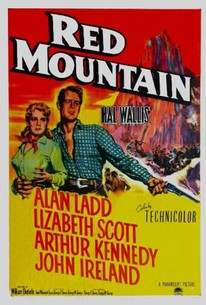 The rugged Colorado Territory provides the setting for this epic Civil War-era western chronicle of a Southern rebel who sets off to join Captain Quantrill's raiders. Along the way, the rebel kills a Union supporter who had stolen the rebel's land. Unfortunately, he leaves a different Confederate to shoulder the blame. Fortunately, just before the falsely-accused is to get lynched, the rebel dashes up to save him. Not realizing his savior is also the one who got him into the fix, the grateful man takes the rebel to his isolated cabin to hide. There the rebel meets his new friend's fiancee. Things are fine until she learns the truth about the rebel. He takes off into the wilderness with the lovers in hot pursuit. They all end up lost and forced to seek shelter in a cave after the woman's hapless lover slips and breaks his leg. While delirium overtakes the injured man, romantic sparks fly between the rebel and the girl. One day, the rebel sees Quantrill's band and rides down to meet them. It is then that he discovers an awful truth and so rides off to set things right. The character of Captain Quantrill is based on an actual historical figure.

There's nothing special about this oater.

There are no featured reviews for Red Mountain at this time.