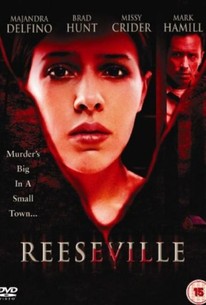 Christian Otjen's small-town drama Reeseville begins with David Meyer (Brad Hunt) returning to the title town for the first time in many years. That same morning, his father is found hanged to death in the family house. The local coroner (Mark Hamill) suspects that the death was not a suicide, and the case is taken up by policeman (Brian Wimmer), who begins to question David even more strongly after David flirts with both the officer's sister and his girlfriend. The film was screened at the Cinequest Film Festival.

There are no critic reviews yet for Reeseville. Keep checking Rotten Tomatoes for updates!

There are no featured reviews for Reeseville at this time.