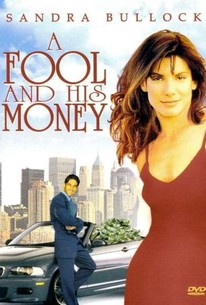 A New York advertising executive seems to have it all - lots of talent and a beautiful girlfriend Debbie . When he loses his job he decides to use his advertising expertise to create, package and market his own religion. He recruits a suitably charismatic 'spiritual leader', preaches that it's okay to be selfish and to seek wealth and status, and sits back to watch the money roll in.. There's only one snag though - he's too nice a guy to believe in his own religion! Stars Johnathan Penner and Sandra Bullock.

Jerzy Kosinski
as The Beggar

José Torres
as Himself
View All

$10 Movie Tickets Not So Expensive After All
This Just In: Movies Don’t Make Money

There are no critic reviews yet for Religion, Inc.. Keep checking Rotten Tomatoes for updates!

This was just about one of the worst movies I have seen. 81 minutes of pure torture. Sandra Bullock is advertised blatantly on the cover but she has only a very small role. She does well in her role, but it is too small to help the movie any. The movie honestly has no plot, and pretty bad acting. The end is quite bad. I would not recommend watching, renting, or buying this movie unless you are into movies with bad acting and no plot.