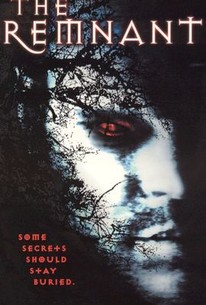 Murder holds a small Georgia town in the grip of fear during the first summer of the new millennium, and when all the evidence in the investigation points to a long dead criminal as the culprit, an up and coming attorney is forced to do battle with her own long-buried past in director's Rick Jordan's dark thriller. Though initial inspection by police investigators Kevin Dougherty and Sam Maddox reveals no common factor between the two initial murders, further inspection reveals that they are strangely connected to the legacy of local troublemaker Jesse Lownds; a revelation that may not have been surprising save for the fact that Lownds has been dead and buried for thirty-years. When attorney Alison Davis learns that one of the victims was her business partner and her own connections with Lownds run deeper than she previously thought, the frightened lawyer must team up with the dumfounded detectives to reveal just how a long-dead killer can claim two victims nearly three decades after being laid to rest.

Critic Reviews for The Remnant

There are no critic reviews yet for The Remnant. Keep checking Rotten Tomatoes for updates!

Audience Reviews for The Remnant

There are no featured audience reviews yet. Click the link below to see what others say about The Remnant!