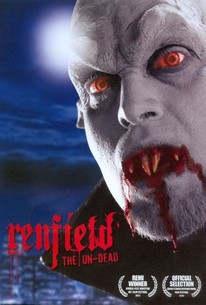 Dracula's former slave lives on to spread the scourge of death across a contemporary city in this film inspired by classic vampire legends and films. Over a century after his master is destroyed, R.N. Renfield (Phil Nichols) stalks the streets of Bayou City in search of fresh blood. Little does Homicide Detective Paul Cranston (Paul Damon) and coroner Dr. Bonnie Johnson (Keli Wolfe) realize that the serial killer dubbed "The Bayou City Butcher" is in fact Renfield, but they're not the only ones tracking the elusive bloodsucker. Following her encounter with Dracula, Mina Harker (Roxy Cook) was transformed into a vampire as well. She knows that Renfield possesses The Skull of Dracula, and along with her son Quincy (Tyler Tackett, a vampire-human hybrid, she's determined to get it back and rule the world of the undead. Meanwhile, the citizens of Bayou City remain completely unaware that their streets are about to become the scene of an all-out vampire bloodbath that no mere mortal is powerful enough to prevent.

Tyler Tackett
as Quincy
View All

Critic Reviews for Renfield The Undead

There are no critic reviews yet for Renfield The Undead. Keep checking Rotten Tomatoes for updates!

Audience Reviews for Renfield The Undead

There are no featured audience reviews yet. Click the link below to see what others say about Renfield The Undead!