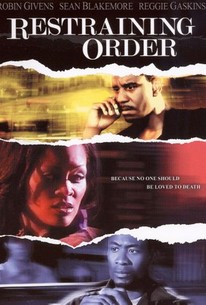 When a successful young attorney becomes involved in the deteriorating marriage of a longtime friend, the repercussions of his actions could spell disaster for all involved in this tense martial thriller from director Reggie Gaskins. Dontae McNeil loves his wife Diane deeply and strives to be the best husband he can, but Diane simply isn't happy in the marriage. Russell Jenkins is a powerful defense attorney with a beautiful wife and a sprawling home. An old friend of Diane's, Russell has everything she has ever wanted in life. When Diane comes seeking Russell's advice on how to handle her marital problems and the pair grows increasingly close, Dante soon begins to suspect that Diane and Russell may be having an affair. Upon confronting Diane, Dante's erratic behavior causes his frightened wife to seek a restraining order against her husband. Infuriated that the woman he loves so deeply could take such drastic measures, Dante becomes consumed by his anger. When Diane makes the fatal mistake of asking Russell to discuss the matter with the increasingly irrational Dante, the fury of being confronted by the very man he suspects his wife of sleeping with drives Dante over the edge of sanity.

Philip Ursino
as Tony
View All

There are no critic reviews yet for Restraining Order. Keep checking Rotten Tomatoes for updates!

There are no featured audience reviews yet. Click the link below to see what others say about Restraining Order!