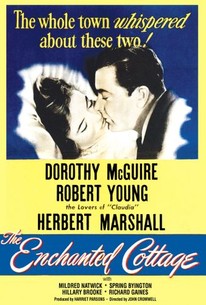 If anything, this star-studded sequel is even sillier than the original, adding to its problems by completely recasting all the roles, combining several of them into existing characters. Carol Lynley is the heroine this time, and she leaves Peyton Place for New York to write a book about the hypocrisy of her hometown. The book causes lots of trouble back home, getting Mike (Robert Sterling) fired as principal, angering Lynley's mother (Eleanor Parker), and stirring such horrible memories in Selena (Tuesday Weld) that she brains her new boyfriend with a fireplace poker, thinking he is her dead rapist stepfather. The film really belongs to Mary Astor, in a hilarious turn as a smotheringly possessive mother. She tries to come between her son and his new bride (Luciana Paluzzi) in some unintentionally hilarious scenes, causing Paluzzi to fling herself down a ski slope in an attempt at a self-induced miscarriage. Overwrought and overblown, the film is still a treat for fans of campy "suburban sin" melodramas. Look for Bob Crane as an unctuous talk show sidekick. ~ Robert Firsching, Rovi

Helen Bennett
as Interviewer
View All

There are no critic reviews yet for Return to Peyton Place. Keep checking Rotten Tomatoes for updates!

There are no featured audience reviews yet. Click the link below to see what others say about Return to Peyton Place!