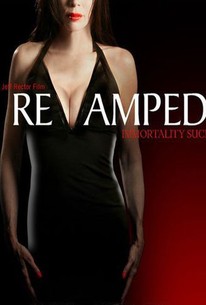 Jeff Rector, Billy Drago, Christina Campbell and Fred Williamson star in this nocturnal tale of terror concerning a successful businessman seduced into the treacherous world of the undead. Transformed into a bloodthirsty vampire by the kiss of a beautiful night-walker, businessman Richard Clarke (Rector) is seduced into a world where the supernatural is very real. But don't believe the romantic myth, because to become a vampire is to wage a never-ending fight for survival. As a heavily armed group of vampire hunters known as the S.T.A.K.E. Team learns of Richard's existence, they quickly set out to dispatch him and ensure that the vampire virus is eradicated once and for all. With the S.T.A.K.E. Team fast closing in on Richard, his only hope for survival may lie with a vicious underground gang of vampires known as the Bleeders, who won't stop the killing until every last day-walker has been savagely drained of their life blood.

Dennis Haskins
as Satanist #2
View All

The end result is an openly ridiculous piece of work that's just begging for the Mystery Science Theater 3000 treatment...

There are no featured audience reviews yet. Click the link below to see what others say about Revamped!