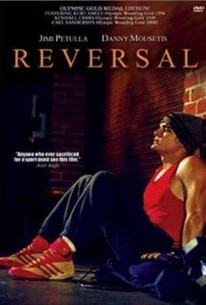 The 2001 independent family feature Reversal is written by actor Jimi Petulla, who based the script on his own experiences as a high school wrestler. Danny Mousetis plays Leo Leone, a high school wrestler and son of the wrestling coach (Petulla). Leo's father pushes him to compete for a wrestling scholarship, but inevitably the son is sidetracked by experimenting with drugs and sex. Meanwhile, his ultimate adversary has arrived in town in the form of wrestling champion Thurman Ellis Jr. (Justin Spates), who is also coached by his wrestling-mad father (Guido Foehrweisser).

Jeff Breese
as Johnny
View All

There are no critic reviews yet for Reversal. Keep checking Rotten Tomatoes for updates!

There are no featured audience reviews yet. Click the link below to see what others say about Reversal!