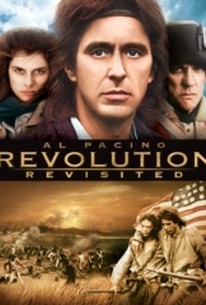 The American Revolution is more than the war of Washington and Jefferson, great issues and radical thought. Its also a struggle of ordinary people, unlettered in combat, politics and government. Al Pacino stars as a rough-hewn trapper drawn into the conflict in this compelling adventure framed by the violent summer of 1776 and the bloody victory of Yorktown in 1781.

There are no critic reviews yet for Revolution Revisited. Keep checking Rotten Tomatoes for updates!

There are no featured reviews for Revolution Revisited at this time.