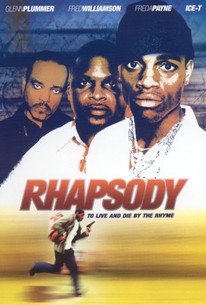 The urban drama Rhapsody begins when Jelly frames his friend Roughneck concerning a drug deal. Roughneck ends up doing time. When he is released, Jelly has become a hip-hop impresario looking to sign Roughneck's brother to a recording contract. Roughneck sets out to get his revenge, and save his brother from Jelly's selfish manipulations.

Fred Williamson
as Jake
View All

There are no critic reviews yet for Rhapsody. Keep checking Rotten Tomatoes for updates!

There are no featured reviews for Rhapsody at this time.