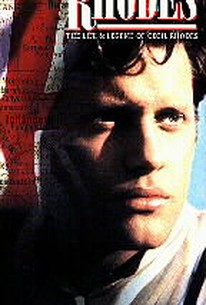 Filmed in South Africa, this lengthy biographical drama details events in the life of 19th-century British imperialist Cecil Rhodes (Martin Shaw) through an extensive series of overlapping flashbacks. The BBC original ran for eight hours, but for telecasting in the United States, the BBC edited the film down to six hours. The U.S. premiere was on PBS' Masterpiece Theater on January 4-6, 1998. ~ Bhob Stewart, Rovi

... delivers a forceful and flavorful account of the career of the bloody-handed visionary who conquered the world's diamond trade and much of southern Africa at the turn of the century.

There are no featured reviews for Rhodes at this time.