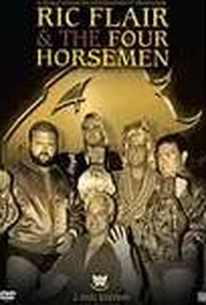 Learn the true story behind the creation of the Four Horsemen -- a professional wrestling faction originally composed of "Nature Boy" Ric Flair, Tully Blanchard and Arn and Ole Anderson -- in this action-packed documentary filled with exclusive interviews and highlights from inside the ring. Over nearly a decade, the Horsemen saw various members come and go, including Barry Windham, Lex Luger, Brian Pillman, Chris Benoit and Dean Malenko.

There are no critic reviews yet for Ric Flair & The Four Horseman. Keep checking Rotten Tomatoes for updates!

There are no featured reviews for Ric Flair & The Four Horseman at this time.