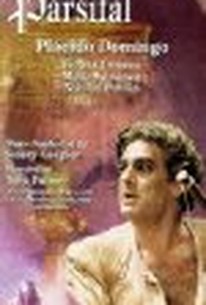 Many film historians cite D.W. Griffith's controversial Birth of a Nation as the first feature-length silent film ever produced, though Carl Frohlich's The Life and Works of Richard Wagner] predated it by two years, debuting Thursday, November 20, 1913. As the title suggests, the {$Frohlich motion picture constitutes a docudrama biopic of 19th Century German composer Richard Wagner (1813-83), with actor-turned-composer Giuseppe Becce in the lead role. It was produced during a period when the subject's widow, Cosima von Bülow, was not only still living, but wielded virtually limitless power in Germany; therefore, the film seems all the more remarkable for raising delicate questions about the identity of Richard Wagner's father - and suggesting that the anti-Semitic composer may actually have been part Jewish, if Ludwig Geyer was his biological parent as some have argued. The cast also includes Olga Engl as Cosima, Manny Ziener as Minna Planer, Ernst Reicher as Ludwig II and Miriam Horwitz as Mathilde Wesendonk. ~ Nathan Southern, Rovi

There are no critic reviews yet for Richard Wagner (The Life and Works of Richard Wagner). Keep checking Rotten Tomatoes for updates!