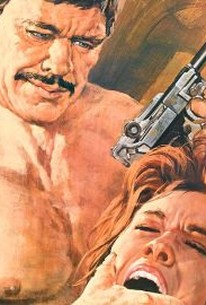 Rider on the Rain Photos

When an American serviceman goes AWOL, Colonel Dobbs (Charles Bronson) dons civilian attire to track down the missing man. Also missing is a large sum of money. The criminal follows a French woman named Mely (Marlene Jolbert) home and rapes her. Mely kills him with a shotgun and manages to dispose of his body. Dobbs questions the woman after discovering she was the last person to be seen with the derelict soldier. Mely has flashbacks that explain her aversion to law enforcement personnel. She caught her mother with another man as a child and her mother left home for good when she revealed the affair to her father. Bronson is typically low key in his performance as the army investigator Dobbs. Jean Gavin plays the local police inspector. Dobbs is eventually more concerned with recovering the money that capturing the rapist in this mystery drama.

Marc Mazza
as The Stranger

Marika Green
as Hostess at Tania's

Critic Reviews for Rider on the Rain

From the artful sensitivity of Forbidden Games to the sophisticated scares of Purple Noon to the slack shallowness and childlike elaborateness of plot on view here is a far fall for a man of talent.

This fascinating, labyrinthine film pulls off the rare trick of maintaining its heroine's POV for the first 90-minutes.

Benefits from Clement's stark approach as well as fine turns from Bronson and especially Jobert.

Bronson is perfect. An underrated actor limited to television roles and a few secondary roles in major movies, Bronson here proves that he can carry a film more effectively than many star performers.

Audience Reviews for Rider on the Rain

There are no featured audience reviews yet. Click the link below to see what others say about Rider on the Rain!

Rider on the Rain Quotes