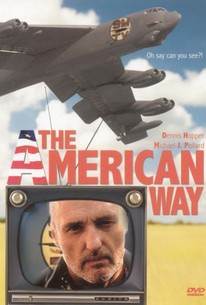 A group of radical Vietnam vets become broadcasting pirates and take on a Presidential candidate in this crazy comedy. The vets and their leader, "Captain," are television raiders flying all over the country in a B-29 they turned into flying broadcasting station S&M TV, jamming the airwaves wherever they go. Their self-assigned mission for the past 20 years is to keep the public informed about government activity to stop them from launching another foolish war like Vietnam. To do this they monitor the broadcasts of other television stations and when they don't like what they hear, they bust in and expose the lies. The bulk of the story centers around their final mission: an all-out attempt to keep Mrs. Willa Westinghouse, an ultra-conservative Presidential candidate and strong proponent of the Cold War and military strength, from winning the election.

Dennis Hopper
as The Captain

Ozzy Osbourne
as Himself

Pete Sayers and His Band
as Tony Manyana & His Tomcats

Dave Cash
as Himself

Critic Reviews for Riders of the Storm

There are no critic reviews yet for Riders of the Storm. Keep checking Rotten Tomatoes for updates!

Audience Reviews for Riders of the Storm

There are no featured audience reviews yet. Click the link below to see what others say about Riders of the Storm!

Riders of the Storm Quotes