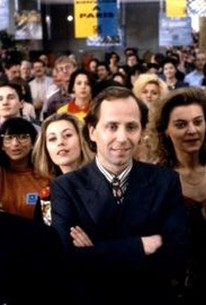 Visitors to Paris are forever regaling those back home with outrageous tales of rude or even abusive behavior by shopkeepers, sales attendants, and (in general) just about anyone whose business puts them in contact with the public. Even ordinary Parisians seem prone to this sort of behavior. On the one hand, it is easy to sympathise with the aggrieved tourist; on the other, what if your home were the object of interest for uninterrupted hordes of barely civilized strangers, poking and prying into its every nook and cranny? In this comedy, which was remarkably popular in France (and Paris!), an American-trained store manager (Fabrice Luchini) attempts to inculcate his staff with such unlikely notions as "service" and "the customer is always right," using the latest corporate training techniques. Some of these techniques are humorous in themselves, like the "trust" exercises which became so popular a few years back, or the technique of "bonding" in natural situations, joining together to win challenge matches, etc. The poor idealistic manager who attempts to accomplish this radical transformation in his staff is ill prepared for his program's odd result: the staff now has considerable ésprit de corps, but of a quite different kind than he had envisioned.

There are no critic reviews yet for Riens du tout (Little Nothings ). Keep checking Rotten Tomatoes for updates!

There are no featured reviews for Riens du tout (Little Nothings ) at this time.