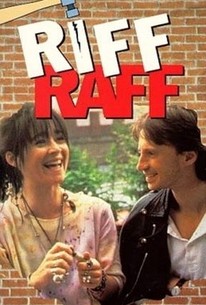 Socialist-leaning British director Ken Loach kicked off a decade's worth of acclaimed cinema with this surprisingly comic tale of working class laborers at a North London building site, written by Bill Jesse, a real-life construction worker who died before the film's release. Scottish ex-con Stevie (Robert Carlyle) finds work on a non-union crew converting a hospital into luxury condos. Like most of his coworkers, Stevie is homeless and finds a place to live by squatting in an abandoned building. The crew is exploited by its supervisors and endures unsafe conditions, and pay is so low that the men use false names so that they won't have to pay taxes. Stevie discovers a lost handbag, and when he returns it to the owner, a spacey hopeful singer named Susan (Emer McCourt), he falls in love. He and Susan are soon living together -- then Stevie discovers that his girlfriend is a habitual drug user. Meanwhile, the most outspoken worker, Larry (Ricky Tomlinson) loses his job when he questions authority once too often. Loach cast only actors who had construction experience in the film, kicking off the career of Carlyle, who later surged to stardom in The Full Monty (1997).

Terry Duggan
as Boss in office

Steve Imsay
as Friend of Man Buying Kango
View All

Riff-Raff was written by Bill Jesse, a construction worker, who died as the film was being completed. It reflects his unromantic, irreverent view of the world.

Laced with humor, this is a humanistic tribute to the survival with dignity of the British working class

Not the true life story of a character from the Rocky Horror Picture Show, Riff-Raff is another worthy addition to the Ken Loach series of working class folks oozing with real dramatics.

This film is a slow starting one, with very little storyline throughout, it?s billed as a documentary style film, which does come across, but not quite how you?d expect that to be. Something drives this and makes you stay with it, despite it?s lack of excitement, this is a pretty miserable film.