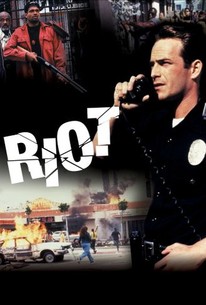 This off-beat urban anthology offers four different views of the mayhem and destruction that came from the 1992 Los Angeles riots. The first vignette "Gold Mountain," directed by Galen Yuen, centers on a struggle between a traditional-minded Chinese storekeeper and his increasingly uncontrollable son, who is assimilating rapidly into American ghetto life. Their relationship explodes as their store is looted during the riot. Alex Munoz's "Caught in the Fever," featuring a screenplay by the late Joe Vasquez, follows the corruption of a basically good Latino couple who get caught up in the riot's hysteria and set aside their values participate in the chaos. In "Empty" an Anglo policeman finds himself in the center of the riot alone and surrounded by angry youths who force him to take desperate measures. The final vignette, "Homecoming Day" centers upon a black man who managed to escape South Central and forge a better life for himself and his wife. The day the verdict for the Rodney King trial was announced, he goes back to the old neighborhood to see his mother, not realizing that the place will soon become a maelstrom of hatred and violence. In making this anthology, the four filmmakers created continuity by having characters from each film occasionally appear in the background of the other films. They also all utilized the same cinematographer, editor and basic crew.

There are no critic reviews yet for Riot. Keep checking Rotten Tomatoes for updates!

There are no featured reviews for Riot at this time.