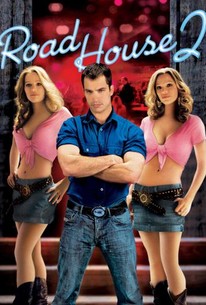 A group of malicious drug runners are attempting to take over the Black Pelican roadhouse, and it's up to the owner's nephew to beat down the bad guys and keep the club in the family in director Scott Ziehl's sequel to the 1989 Patrick Swayze cult classic. When undercover DEA agent Shane (Johnathon Schaech) learns that his uncle Nate has been brutally assaulted by thugs in a violent attempt to muscle away ownership of the battered bar owner's lucrative watering hole, he hastily comes to his uncle's rescue while attempting to locate the powerful drug lord who authorized the attack. Now, as an endless barrage of drug runners descends upon the Black Pelican with every intention of using brute force to claim the place as their own, it's up to Shane to take on the toughest fighters in the underworld save his uncle's bar the only way that he knows how.

Will Patton
as Nate Tanner

For a few certain segments of the population (you know who you are), I can say that it delivers everything you could possibly want out of a movie called Road House 2.

A remake as much as it is a sequel, Road House 2 features many of the same one-liners and action beats as its predecessor - ie Shane's uncle, while lying in a hospital, remarks, "your dad got one thing wrong: pain does hurt!"

It sits there like a dead frog waiting for the electrodes

So yeah, it's a mindless, silly mess. But hell, it's also called Road House 2, so you probably knew that going in.

A pretty decent if predictable action film. It works ok as a sequel although I don't think there are any character connections? Just the same style of plot but brought up to date. Some pretty good choreographed fight scenes make this slightly above average.

Lots of beautiful, hot and sexy girls in this film than 1980's action classic.