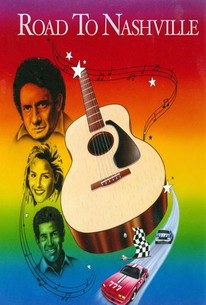 Doodles Weaver finally gets a break at the Hollywood studio he works for; the big boss J.B. (Richard Arlen) sends him to Nashville to round up talent for an upcoming movie about country music. The bumbling bumpkin is shown around town by singing star Connie Smith, who introduces him to some of Nashville's finest artists. Marty Robbins sings a number of tunes and shows off his race car, indulging in a few hair-raising laps at high velocity. Legendary names such as Johnny Cash, the Carter Family, Porter Wagoner, and Waylon Jennings perform some of their big hits in recording studios and on television stages. Unfortunately, Weaver has so much fun watching the rehearsals that he neglects to get the contracts signed, which causes J.B. to repeatedly blow his stack. Other notable country & western stars who appear include Hank Snow, the Stoneman Family, Webb Pierce, Kitty Wells, Faron Young, Lefty Frizzell, Dottie West, the Osbourne Brothers, and Bill Anderson.

Critic Reviews for Road to Nashville

There are no critic reviews yet for Road to Nashville. Keep checking Rotten Tomatoes for updates!

Audience Reviews for Road to Nashville

There are no featured audience reviews yet. Click the link below to see what others say about Road to Nashville!