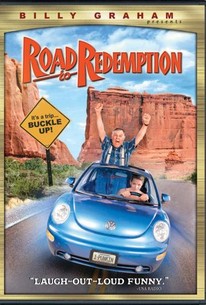 A woman in need of a miracle finds one in an unexpected manner in this inspirational comedy-drama. Amanda (Julie Condra) works as a secretary for Sully (Leo Rossi), a mid-level mobster working out of Las Vegas. Amanda, who seems to be perpetually at the end of her rope, and her spineless live-in boyfriend Alan (Jay Underwood), have a habit of living beyond their means, and they find themselves deep in debt. Unable to pay their bills, Amanda gets the bright idea of "borrowing" $250,000 from Sully without telling him, and putting it on a "sure thing" at the racetrack. However, the horse that couldn't lose does just that, and Amanda has to come up with a quarter-million dollars before Sully gets wind of her embezzlement. Amanda learns she has a grandfather that she's never met, Nathan (Pat Hingle), and it seems Grandfather is a multi-millionaire. Amanda tracks Nathan down, and to her relief, he agrees to lend her the money. But there's a string attached -- Nathan, who is in a convalescent home, wants to visit his favorite fishing hole in Redemption, MT, one last time before he dies, and he'll give Amanda the money only if she'll escort him there. Amanda and Nathan soon hit the highway, with Sully's men following close behind, and as Amanda finds herself in the middle of a series of unexpected adventures, she also learns something about her grandfather's deep and abiding Christian faith. Road to Redemption was produced by World Wide Pictures, a media outlet of the Billy Graham Crusade (excerpts from Mr. Graham's radio broadcasts can be heard in the film, though he does not appear on camera).

Critic Reviews for Road to Redemption

While it's competently directed by the debuting Vernon, there's precious little here to attract anyone not already part of Reverend Graham's flock.

Audience Reviews for Road to Redemption

There are no featured audience reviews yet. Click the link below to see what others say about Road to Redemption!