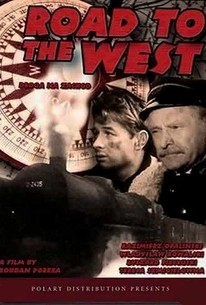 As the last shots of World War II echo across the globe, an ageing railroad worker and his young assistant pilot a train filled with explosives to the Western front. The journey won't be an easy one either, because along the way this brave pair will be forced to contend with fierce German soldiers, despondent deserters, and roving gangs in search of some quick cash. Acclaimed director Bohdan Poreba takes the helm for this tense Polish period drama starring Kazimierz Opalinski and Adam Paslikowski. ~ Jason Buchanan, Rovi

Critic Reviews for Road to the West

There are no critic reviews yet for Road to the West. Keep checking Rotten Tomatoes for updates!

There are no featured reviews for Road to the West at this time.

Road to the West Quotes