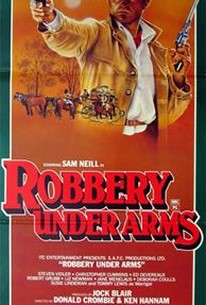 Many cinematic versions of this story which first appeared in 1889 (authored by Rolf Boldrewood) have been produced, the first was an Australian film dating back to 1907, and this mid-'80s interpretation is also an Australian release. The focus is on Captain Starlight (Sam Neill) and his gang of outlaws who terrorize the countryside in the late 19th century. Dick and Jim Marsten (Steven Vidler and Christopher Cummins) leave home to join Captain Starlight's gang of brigands, following fast on their father's own footsteps. Opposing the Marstens and the rest of the gang is the determined Sir Frederick Morringer (Robert Grubb). Love interests, arguments, and episodic adventures fill the time until the inevitable final showdown with the law. Originally intended as a series on television, the sequences have been cut to fit into a continuous, 2 1/2-hour movie -- unfortunately deleting background on the main protagonists and their lovers. ~ Eleanor Mannikka, Rovi

Carmel Young
as Lady of Fashion 1

Jim Daly
as Man with Shotgun

Critic Reviews for Robbery Under Arms

There are no critic reviews yet for Robbery Under Arms. Keep checking Rotten Tomatoes for updates!

There are no featured reviews for Robbery Under Arms at this time.