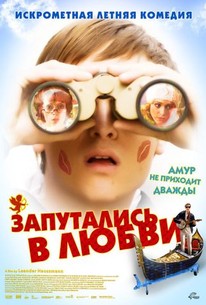 A young man who is tied to the 1960s whether he likes it or not falls for a woman whose associations to that decade are more practical in this comedy from Germany. Robert Zimmermann (Tom Schilling) is a guy in his mid-twenties who designs video games for a living and is blessed/cursed with the same name that Bob Dylan was born with. Robert does not have good luck with women, and the more his friends and family try to help him find his own Girl From The North Country, the more his love life becomes a disaster. Robert thinks good fortune may finally be shining on him when he meets Monika (Maruschka Detmers), who works in a clothing shop. Monika is smart, funny, open-hearted and beautiful . . . but she's also twice Robert's age, and while he's certain she's the right woman for him, Monika is a bit wary of his attraction to her, and everyone around him seems to feel the same way. Is this Spring-Autumn romance destined for success or failure? Robert Zimmermann wundert sich über die Liebe (aka Robert Zimmermann Is Tangled Up In Love) received its North American premiere at the 2009 Palm Springs International Film Festival.

There are no critic reviews yet for Robert Zimmermann wundert sich uber die Liebe. Keep checking Rotten Tomatoes for updates!

There are no featured reviews for Robert Zimmermann wundert sich uber die Liebe at this time.