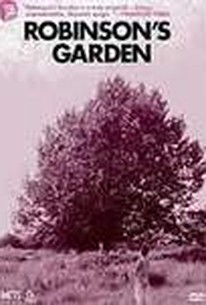 A subtle metaphor for the increasing depersonalization of Japanese society caused by the country's unending obsession with money making, avant-garde filmmaker Masashi Yamamoto's Robinson's Garden offers a powerful commentary on the relative insignificance of Humanity upon the much older, more enduring world. The story (told not as a straightforward narrative, but rather as a series of exquisitely photographed poetic images) centers on a young woman who, though she earns a middle-class income, augments her salary by dealing drugs. One day, while she is drunk and wandering the streets, she runs across an empty factory. Beside it lies a verdant, beautiful garden. Captivated, the woman moves into the factory, making it a beautiful place filled with gay colors and flashing lights, and she begins tending the garden, making it lovely but keeping it apart from her living space. One day, a tough little street girl shows up and enjoys the garden with the woman. Life in the fantasy world soon consumes the woman and as time passes she becomes increasingly withdrawn from her life in the real world. Eventually she becomes very sick. Too weak to keep the jungle plants of the garden from overtaking her home, delirium forces her to flee the garden and reenter the surrounding city. Unfortunately she finds only visions of her late grandfather. Frightened and without solace, she makes her way back to the haven to meet her fate. ~ Sandra Brennan, Rovi

Yo Mizoguchi
as Shun

There are no critic reviews yet for Robinson's Garden. Keep checking Rotten Tomatoes for updates!

There are no featured reviews for Robinson's Garden at this time.