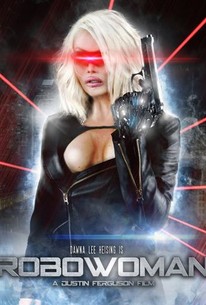 This sci-fi thriller directed by Dustin Ferguson follows Vivica Stevens (Dawna Lee Heising) as she leaves her final day of work at a temp agency. Finally agreeing to go on a date with a coworker, Vivica is brutally attacked by her coworker and his friends, leaving her with serious injuries in a dark park. Found by roommate Carlenee (Sue Price), Vivica undergoes prohibited, experimental surgery that results in her arm being replaced with a robotic version and a visor being added to her eyes. A change in personality occurs as Vivica becomes Robowoman, determined for bloody retribution.

Ken May
as Brad

There are no critic reviews yet for RoboWoman. Keep checking Rotten Tomatoes for updates!

There are no featured reviews for RoboWoman at this time.