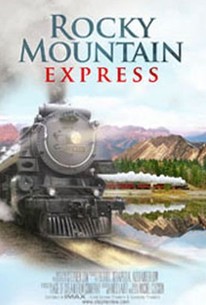 Rocky Mountain was planned as a big budget western, but Warner Bros. pared down both its budget and its length to "programmer" dimensions. Errol Flynn plays a Confederate officer trying to recruit troops in California. Unfortunately the only folks interested in the Southern cause are bandits and drifters, so Flynn has to watch his back. The fiancee (Patrice Wymore) of a Union Army officer (Scott Forbes) is rescued from an Indian attack by Flynn's men, but they are reluctant to release her lest she tip off their whereabouts. A Yankee patrol headed by the girl's fiance is captured by Flynn, but he eventually allows the Yanks and the girl safe passage in order to save them from an Indian massacre. Rocky Mountain was no great advance in cinematic art, but it did serve to introduce Errol Flynn to Patrice Wymore, who became his third (and last) wife.

Errol Flynn's last Western is an enjoyable old-fashioned one.

There are no featured audience reviews yet. Click the link below to see what others say about Rocky Mountain!