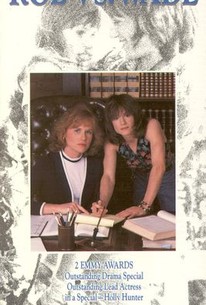 Based on the landmark 1973 U.S. Supreme Court case that upheld a woman's right to have an abortion, the made-for-television film Roe Vs. Wade follows an unmarried Texas woman (Holly Hunter) and her lawyer (Amy Madigan), as they take her case to the Supreme Court. Abortion is always a controversial issue, yet the filmmakers admirably manage to offend neither side in this straightforward yet gripping account. Roe Vs. Wade won two Emmy Awards: Outstanding Lead Actress (Hunter) and Outstanding Drama Special.

Critic Reviews for Roe vs. Wade

There are no critic reviews yet for Roe vs. Wade. Keep checking Rotten Tomatoes for updates!

There are no featured reviews for Roe vs. Wade at this time.