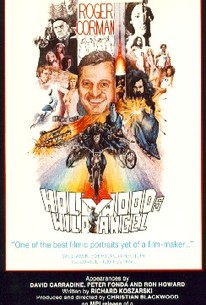 Documentary filmmaker Christian Blackwood, whose previous subjects have included John Huston and Thelonious Monk, aims his sights at low-budget movie maven Roger Corman. Hollywood's Wild Angel traces Corman from his screenwriting days to his earliest directorial efforts at the newly-formed American International Pictures in the mid-1950s. As Corman's fame and reputation grows, he gives a leg-up to the careers of dozens of aspiring filmmakers-so long as they don't bother him about such details as money and working hours. Among the Corman associates and protegees interviewed are David Carradine, Peter Fonda, Ron Howard, Paul Bartel, Martin Scorcese, Joe Dante and Peter Bogdanovich. And, of course, this 58-minute documentary offers generous samples of such Corman classics as A Bucket of Blood, Little Shop of Horrors, The Trip, The Wild Angels and the Edgar Allan Poe film cycle of the early 1960s.

There are no critic reviews yet for Roger Corman: Hollywood's Wild Angel. Keep checking Rotten Tomatoes for updates!

There are no featured reviews for Roger Corman: Hollywood's Wild Angel at this time.