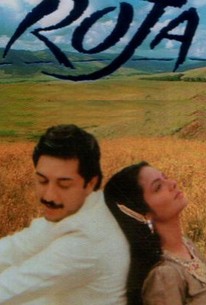 This Hindi-language thriller from India concerns a young woman named Roja whose sister, Lakshmi, is engaged to be married to the handsome computer engineer Rishi. Rishi visits the sisters' village to catch a glimpse of Lakshmi, but on route, he espies Roja and falls deeply in love. Adding to the tumult is the fact that Lakshmi keeps begging to be released from the marital engagement. Everything works out as planned - Rishi agrees to the request, and ends up marrying Roja. But after the couple are wed, and Rishi accepts a position in the Indian army as a message decoder stationed in Srinagar; Roja insists on tagging along, and falls prey to a group of nasty terrorists who take her hostage in exchange for the return of their captured leader, Wasim Khan. ~ Nathan Southern, Rovi

There are no critic reviews yet for Roja. Keep checking Rotten Tomatoes for updates!

There are no featured audience reviews yet. Click the link below to see what others say about Roja!