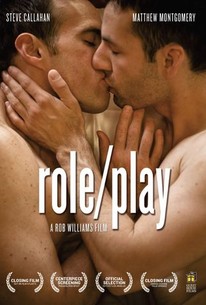 A popular soap opera star retreats from the spotlight after being outed as a homosexual by a scandalous sex tape, and finds comfort in the company of a marriage-equality activist locked in a bitter divorce battle. Graham Windsor (Steve Callahan) was one of television's brightest stars. But when his sex tape leaked, his career took a nosedive. Checking in to a posh Palm Springs resort, Graham is just looking to lie low for a while when he crosses paths with Trey (Matthew Montgomery) who is there hoping to start a new life after his marriage came to a sudden end. Soon the sparks are flying, giving both men hope that they've finally found a sense of happiness and belonging just when life felt like it couldn't get any worse.

Only a fair film, though gays might welcome it just because there aren't nearly enough films being made today about gay interests.

Interesting drama tackles some timely issues, occasionally with a heavy hand and some spotty acting but the leads are attractive and more than willing to show quite a bit of skin.