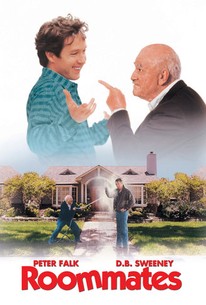 This gentle comedy drama chronicles the 30 year relationship between a grandfather and the orphan grandson he raised. Cantankerous Rocky Holeczek took 5-year old Michael in after his parents were killed. Years pass and 25-year-old Michael is doing his hospital internship at Ohio State. Clear-minded, spunky, and ever cranky Rocky is nearly 100-years old. When he learns that he is to be evicted from his home, he is forced to move in with Michael. There, the highly opinionated Rocky causes all sorts of trouble. Rocky is especially vocal about Michael's relationship with the wonderful Beth, a social worker with an extremely wealthy mother. Rocky is a good Catholic and cannot tolerate the fact that Michael and Beth sleep together. He does all he can to break them up until Michael caves in and marries her. Meanwhile, Rocky is given work at a grocery store bakery and must remain in Columbus after Michael and Beth move to Pittsburgh. Later they have two children. Then Rocky finally gets sick, and Michael's family too must endure a terrible tragedy. Still, the two find each other and with Rocky's help, Michael learns an important lesson about being a mature and responsible adult.

Willard Scott
as Himself

The pieces were in place for a nice little story, but by trying to do too much with it, Roommates overshoots the runway.

A pretty forgotten little movie that has some poignant moments.

Falk is good, but this is ultimately an exercise in shameless manipulation.

Wonderful film that salutes the vitsal connections between grandparents and grandchildren.

Nice. Sweet. Moving. Peter Falk was great as the old geezer (though the makeup sometimes was questionable).

Very good warmhearted and often humourous tearjerker about the relationship of cantankerous Polish-American baker and his grandson throughout 30 years.