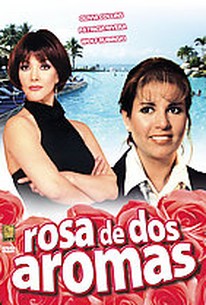 After he is jailed for his involvement in a traffic accident, his next of kin are automatically notified so that bail can be arranged. In this comedy, based on Emilio Carballido's stage play, this is the first time the hapless chump's two wives find out about each other. After some initial sparring, the wifely hairdresser and translator pool their cash to try and spring their husband from jail. After they think about it a little while, they decide they like each other much better than the scoundrel who has been lying to them, so they leave him safely locked up and go on a holiday cruise together instead. ~ Clarke Fountain, Rovi

There are no critic reviews yet for Rosa de Dos Aromas. Keep checking Rotten Tomatoes for updates!

There are no featured reviews for Rosa de Dos Aromas at this time.