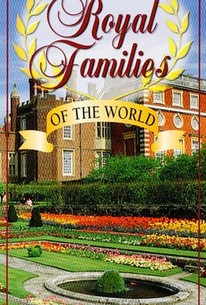 This is the first part of a three-volume series of films that tells the stories of royalty around the world. Featured in this episode are the reigning families of Great Britain, Sweden, the Netherlands, and Belgium. Journalists, biographers, and genealogical experts share what they have learned about the history and lineage of these royal families, from England's Windsors to the Saxe-Coburgs of Belgium. Photographs and film footage of highlights of royal lives are presented, especially glamorous events like coronations and weddings.

There are no critic reviews yet for Royal Families of the World: Great Britian, Sweden, Netherlands, Belgium. Keep checking Rotten Tomatoes for updates!

There are no featured reviews for Royal Families of the World: Great Britian, Sweden, Netherlands, Belgium at this time.