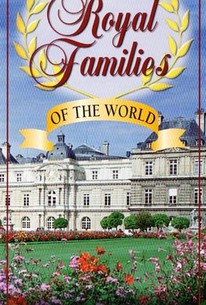 In the second installment of this three-part series on the lives of the world's present-day monarchies, the royal families of Monaco, Spain, Denmark, Luxembourg, and the Hapsburgs Austria are featured. The stories are told using media clips, archival film footage, photographs, and interviews with historians and journalists. There is a look at some opulent palaces and nostalgic glimpses at celebrated events, such as the storybook wedding of Prince Ranier of Monaco to American actress Grace Kelly. Also included is the sad story of her untimely death in a car accident in 1982.

There are no critic reviews yet for Royal Families of the World: Monaco, Spain, Denmark, Luxembourg, The Habsburgs. Keep checking Rotten Tomatoes for updates!

There are no featured reviews for Royal Families of the World: Monaco, Spain, Denmark, Luxembourg, The Habsburgs at this time.