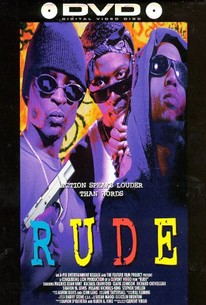 The first feature-length Canadian drama to be created by an all-black team of filmmakers, this inner city film from writer-director Clement Virgo tracks the lives and struggles of several urban minorities during one Easter weekend. As the pirate radio disc jockey known as Rude (Sharon M. Lewis) broadcasts throughout a Toronto project, an artist named General (Maurice Dean Witt) arrives at the home of his wife Jessica (Melanie Nicholls-King) after serving several years in jail for drug dealing. He's there to reconcile with Jessica, who is now a police officer, and with the ten-year-old son, Johnny (Ashley Brown), whom he didn't help raise. Impeding his progress is General's brother Reece (Clark Johnson), who covets his brother's wife and still works for the neighborhood's racist white drug lord Yankee (Stephen Shellen) -- who in turn wants General back in charge of the drug trade. Meanwhile, the young boxer Jordan (Richard Chevolleau) reluctantly accompanies his fellow athletes on a testosterone-fueled gay-bashing spree, even though he is beginning to believe that he may be homosexual. As all of this is happening, the heart-broken window dresser Maxine (Rachel Crawford) faces the dissolution of her relationship with her boyfriend after she has an abortion. ~ Karl Williams, Rovi

There are no critic reviews yet for Rude. Keep checking Rotten Tomatoes for updates!

Threatening to be Rude, I give this one only one and a half stars of cred.