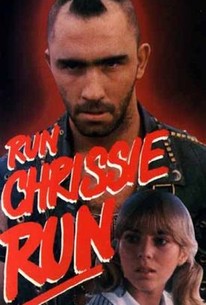 Outwardly respectable Australian wife and mother Carmen Duncan harbors a secret past. A former German terrorist, Duncan is sought by both the authorities and her former associates. One of these, IRA assassin Michael Aitkens, insists that Duncan share some of the loot she's squirreled away. She escapes Aitken's clutches, with both the money and her 15-year-old daughter Annie Jones in tow. Thus do the two female leads become the "moving targets" of the title--though unlike other targets, Duncan has the will and the wherewithal to fight back, and fight back hard. This tight little Australian chase thriller, which boasts a to-die-for rock music score, was based on When We Ran, a novel by Keith Leopold. ~ Hal Erickson, Rovi

There are no featured reviews for Run Chrissie Run! (Moving Targets) at this time.