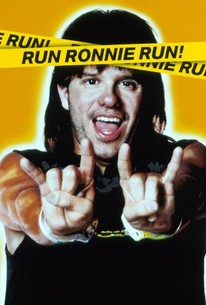 Bob Odenkirk and David Cross stretch one of the characters from their HBO comedy sketch series Mr. Show into a full-length feature with Run Ronnie Run!. Ronnie Dobbs (Cross) becomes a media celebrity when he becomes the star of his own show ("Ronnie Dobbs Gets Arrested"). On this premise, the writers (and director Troy Miller) hang a series of pop culture spoofs. Among the targets are Mandy Patinkin, the television series Cops, and Survivor. South Park creators Matt Stone and Trey Parker make a cameo appearance.

Kathy Griffin
as Herself

Trey Parker
as Himself

Mandy Patinkin
as Himself

Andy Richter
as Network Executive No. 2

Rebecca Romijn
as Herself

John Stamos
as Himself

Matt Stone
as Himself
View All

Yet another feature comedy that began life as a TV show sketch and is still stuck in infancy (not to mention infantilism).

The creators of Mr. Show bring the hilarious saga of Ronnie Dobbs to the big screen. David Cross and Bob Odenkirk deliver two of the year's funniest performances...as of June, this is the year's best comedy.

It was sooo stupid, but some parts were funny. lol

OMG. My friend thought this movie was brilliant and I wanted to die before I became as dumb as all of these characters.

Admittedly, the version I saw was the work-print, but it didn't impress me enough to actually go out and get the final version.