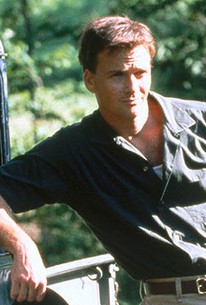 Joanne Whalley stars in this drama set during WWII about three people on the home front whose lives have been changed by events overseas. Ruby (Whalley) is a housewife who is trying to raise her daughter and mind the family farm on her own, as her husband has been declared Missing In Action while serving in Europe. Tom (Sean Patrick Flanery) is a young man who is drifting from one town to the next while struggling to avoid the draft in accordance with his pacifist ideals; he happens by the farm and accepts an offer from Ruby to help her work in the fields. Run the Wild Fields was Paul A. Kaufman's first feature as a director after establishing himself as a producer and actor; it was scripted by Rodney Patrick Vaccaro, based on his play.

There are no critic reviews yet for Run the Wild Fields. Keep checking Rotten Tomatoes for updates!

"Some people come into our lives and quickly go; some stay for a while and leave footprints on our hearts and we are never the same."......Nice. Sweet. Charming movie. Sean Patrick, and Alexa Vega (the little girl), absolutely stole this wonderful family drama. Dare I mention that Sean Patrick is a beautiful man to look at, also...:)