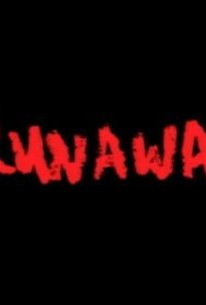 The film depicts a romantic relationship between a man and a half-woman, half-phoenix, and is set to music by Kanye West. The Phoenix (Ebanks)crashes down to Earth as a meteorite and Griffin (West) crashes his MTX Tatra V8 in the forest. Griffin picks up the phoenix in his arms and brings her home. Arising are conflicts/discrimination when the phoenix comes into contact with people/objects from the human world. Griffen takes her to see different sights, including a carnival with a papier-mâché bust of Michael Jackson, a marching band, and fireworks in the desert, to the playing of "All of the Lights". As Griffin falls in love with the phoenix, they attend a formal dinner party and the phoenix is ridiculed. An upset Griffin responds with a performance of "Runaway", backed by an interpretive dance sequence with ballerinas in a climax of epic proportions. The event ends when the phoenix, horrified, screams in agony at the revelation that the main dish is a large turkey, driving the guests away from the table. After Griffin consoles her he explains, the creation of sculptures, with the phoenix claiming they are phoenixes who were turned to stone by society. She comments on the repressive nature of his world, declaring, "Do you know what I hate most about your world? Anything that is different you try to change." The conclusion is that even the love they have cannot overcome her need to ascend back as a phoenix.

There are no critic reviews yet for Runaway. Keep checking Rotten Tomatoes for updates!

A great art film, and shows the creativity of Kanye West.