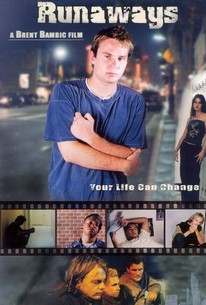 When 16-year-old Steve Moore (Austin O'Brien) is arrested and thrown into a mental facility by his own mother, it isn't so much because of his emotional state as it is her own -- she thinks getting rid of him will prove her love for John, her abusive boyfriend. Steve, meanwhile, finds himself at a shelter for runaways. Though the shelter only provides a three-month respite from life on the streets, he manages to meet several significant influences during his short stay, including guidance counselor Tony Perez (Jack Forcinito), and his roommates, Mike (Demetrius Navarro) and Andy (Esteban Powell). Though they insist on putting their own lives together, it will not turn out well for all of them -- Andy spirals into addiction and prostitution, while Mike and Steve may have a second chance at stability.

Kenneth Thomas
as Student No. 1

Dalton Toledo
as Student No. 2

Carmine Caridi
as Off. Brady

Lynne Jacobellis
as Sally's Girlfriend No. 1

Marion Kerr
as Sally's Girlfriend No. 2

There are no critic reviews yet for Runaways. Keep checking Rotten Tomatoes for updates!

There are no featured reviews for Runaways at this time.