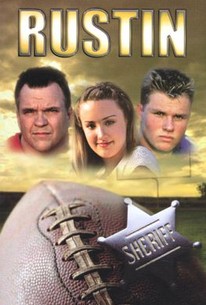 Professional football player-turned-actor Rick Johnson makes his directorial debut with this small-town drama. Johnson plays -- naturally -- an ex-NFL star named Billy Stagen. Now working as a sheriff in rural Alabama, Stagen is thrown for a loop when a young girl arrives claiming to be his illegitimate child. Winner of the Audience Award at the 2001 Method Fest, Rustin also stars Meat Loaf Aday.

There are no critic reviews yet for Rustin. Keep checking Rotten Tomatoes for updates!

There are no featured reviews for Rustin at this time.