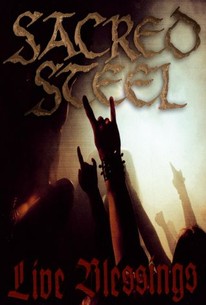 In most traditional houses of worship, an organ or a piano is used to provide the music for Sunday services, but that isn't the case in the Jewel Dominion and Keith Dominion churches of the African-American House of God/Holiness-Pentecostal denomination. In the 1930s, prompted by a passage in Psalms that urged parishioners to "praise Him with stringed instruments," a Keith Dominion congregation in Florida replaced their organist with a steel guitar player, and the practice spread to other Florida churches. Gospel steel guitar was all but unknown outside of Florida until 1997, when a musicologist compiled recordings of a number of Keith and Jewel Dominion musicians into an album called Sacred Steel, which quickly became one of the most acclaimed historical releases of the decade. Sacred Steel is a documentary which looks at the history of this little-known musical movement and features inspiring performances filmed at both concert halls and churches of the finest sacred steel players letting the Holy Spirit speak through their music. Artists include Aubrey Ghent, Maurice "Ted" Beard, Willie Eason, the Campbell Brothers with Katie Jackson, Robert Randolph, and more.

There are no critic reviews yet for Sacred Steel. Keep checking Rotten Tomatoes for updates!

There are no featured reviews for Sacred Steel at this time.