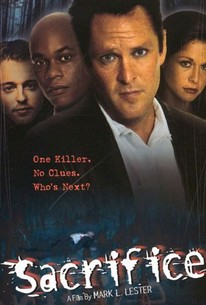 Michael Madsen stars in this crime thriller as a felon serving time in prison for armed robbery. His teenage daughter has fallen prey to a psychotic serial killer who both murdered and violently violated her, and when the thief learns of his daughter's fate, he plans a jailbreak to track down the killer and take vengeance upon him. Sacrifice also stars Jamie Luner, Bokeem Woodbine, and Joshua Leonard, last seen lost in the woods in The Blair Witch Project.

...if you're a Madsen fan, you'll probably (somewhat) enjoy this.

Seldom have I seen a movie, where the acting was so bad, that it actually made me laugh out loud. The story made no sense, the "bad ass" the movie is focused on was a bore, and the police were so dumb, that it was almost comical. This is one movie you can most definatly avoid!