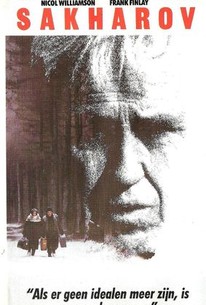 This made-for-TV movie stars Jason Robards as famed Soviet nuclear physicist D. Andrei Sakharov. Lauded by the Soviet government for his scientific achievements, Sakharov nonetheless becomes an outspoken critic of Russia's human rights violations. He is reclassified as a "non-person" and exiled to the cloistered city of Gorky.

There are no critic reviews yet for Sakharov. Keep checking Rotten Tomatoes for updates!

There are no featured reviews for Sakharov at this time.