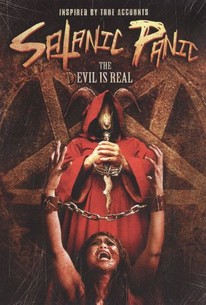 A group of unsuspecting campers fall prey to a murderous satanic cult in this low-budget shocker inspired by the wave of diabolical paranoia that swept though the country starting in the late 1970s. The year was 1980: twin siblings Toby and Cindy Richards were just ten years old when Satanists kidnapped them for sacrifice. Cindy escaped, but Toby wasn't so lucky. Flash forward to 2005, when a small group of friends load up their canoes for a relaxing trip down the river. After an unsettling run in with some peculiar locals, the friends realize that something sinister is afoot in the small town of Thornwood. The Satanists are still here, and they're looking for more sacrifices to appease their master.

There are no featured audience reviews yet. Click the link below to see what others say about Satanic Panic!