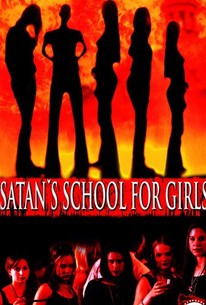 A remake of the 1973 TV movie of the same name, Satan's School for Girls is set within the grim walls of Fallbridge College for Girls. Hoping to learn the truth behind the "suicide" of her younger sister, Beth Hammersmith enrolls in Fallbridge under the assumed name of Karen Oxford. Our heroine soon learns that the school is in the clutches of a coven of witches called "The Five" -- and that she herself has the right satanic qualities to enable The Five to take over the world. Kate Jackson, who played the leading role of Roberta Lockhart in the original film, is here cast as college dean Olivia Burtis. The "new" Satan's School for Girls was telecast by ABC on March 13, 2000.

Russell Paul Batty
as Will McHughson

Marianne Therien
as Joan
View All

There are no critic reviews yet for Satan's School for Girls. Keep checking Rotten Tomatoes for updates!

Pretty cheesy. Not at all surprising. Wouldn't recommend it.

Seen this movie on T.V. It was ok. Like a more lamer version of The Craft.

Title is the best thing about this movie.