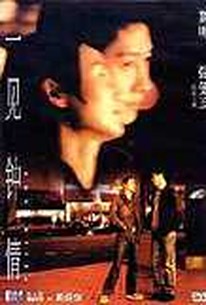 One of Asia's most popular screen stars, Maggie Cheung stars in this romance about two Chinese 30-somethings living in California. Ellen (Cheung) is a single mother who works as a cabby; Mike (Cantonese pop star Leon Lai) is a computer genius who owns a struggling dot com. The two exchange glances at a bar one day, and later, when Ellen spots Mike drunk in the street, she invites him to share her cab. Hormones duly explode in volcanic proportions, and the two embark on an on-again, off-again affair that may or may not survive their respective problems. As Ellen and Mike, Cheung and Lai appear together onscreen for the first time since they starred in Peter Chan's 1996 film Comrades, Almost a Love Story. ~ Rebecca Flint Marx, Rovi

There are no critic reviews yet for Yi jian zhong qing, (Sausalito). Keep checking Rotten Tomatoes for updates!

There are no featured reviews for Yi jian zhong qing, (Sausalito) at this time.