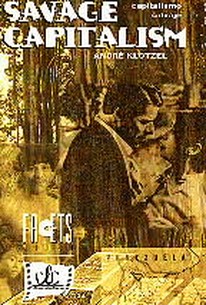 Hugo Assis (Jose Mayer) runs a mining company's operations in the jungles of Brazil. That's not so unusual. What intrigues Elisa Medeiros (Fernanda Torres), an investigative journalist assigned to report on his story, is that he has ties with the native peoples of the jungle. He believes that his wife is long since deceased, and has no qualms beginning an affair with Elisa. Things grow very complicated indeed when Hugo's wife shows up wanting to involve him in a moneymaking scheme which would destroy what is left of the land the natives have been living on. The reporter decides to act as an advocate for the indigenous people, and soon a full-fledged battle has broken out in the media. ~ Clarke Fountain, Rovi

A Brazilian soap opera about frenzied romance with political issues in the background.

There are no featured reviews for Savage Capitalism at this time.